There is no greater forum for disrespect than the internet.

It was November 8, 2016⁠—my home was quiet, and the fireplace warmed the room. It was peaceful and calm. Throughout the night I would get text messages asking for my thoughts on the news commentary happening on television. My wife opted for bed, and I decided to see what was happening on Facebook.
‍
The scene was chaotic.
‍
On this night real estate mogul and reality television star, Donald Trump, was elected President of the United States. I got lost in an infinite scroll of political turmoil.
‍
And still, I recognize that with all the advancements, notifications, and ‘likes,’ we’ve yet to find perfect wholeness in the World Wide web. We must remember that the internet is not an end-all, it’s a medium. It’s a tool, not an identity.
‍
Between the quiet of my home and the “screaming” in my newsfeed, I thought of my children, Ella and Owen, sound asleep in their bedrooms. A four-year-old and two-year-old oblivious to “breaking news” and worldwide drama.
‍
Like all children, their innocence is sacred. It’s a purity that I often try to hack my way back to understand.
‍
They have no recognition of what had happened in the world that night.
‍
They don’t know the turmoil of the countless debates, personal insults, and months of online banter about which side was wrong or right. As much as I wish I could freeze time there’s nothing that’s going to stop my children from growing up.

Reflecting on the society my children will be raised in sparked a series of questions:

How can we uphold respect and dignity in our cultural moment?

How can personal virtue make our world better when virtue isn’t practiced in our most esteemed public office?

Are politeness, courteousness, and good manners still part of our social fabric?

What happens when people stop caring about how they treat people?

In an age in which pedestrians are obstacles between the office and us and road rage is a legitimate reaction to bad traffic, our general lack of respect for one another is exposed.

There is no greater forum for disrespect than the internet.

And this has to change. All it takes is a quick look at the comments of your favorite celebrity on Instagram. You’ll quickly realize the internet is savage. Strangers are mean. The internet turns passive aggression into plain ole’ aggression.  As co-founder of a creative agency, I live and breathe ideas, brands, and strategies that use the internet to engage and move users toward objectives. We help our customers leverage these interactions to gain exposure, sell products, and make a difference within the areas they provide value. I believe the internet is a canvas, an expression of what our world values. We’ve missed something when the internet is diminished to sidebar ads, fifteen-second commercials, and the ‘like’ button. Even though our digital age cultivates a variety of commerce, demand, and experiences—it should always be used responsibly by the humans who empower it.

It was in the quiet of my home on election night that I realized there is no code for how to treat one another on the internet. There are no shared measures for meaningful debate online. There is no standard.

I will teach my kids how to treat others face-to-face. But will those manners translate screen-to-screen?

Every day reports of cyberbullying and online abuse invade the news headlines. I’ll never forget the pit in my stomach when I watched Monica Lewinsky’s TED talk on cyber-bullying. “I was Patient Zero of losing a personal reputation on a global scale almost instantaneously…public shaming as a blood sport has to stop,” states Lewinsky. A survey by The Associated Press-NORC Center for Public Affairs Research finds that 74 percent of Americans “think manners and behavior have deteriorated in the United States over the past several decades.”

In 1787, famed politician and abolitionist William Wilberforce instigated the Second Reformation of Manners. King George III issued a Royal Proclamation urging people of honor and authority to set good examples, purposed to “discount and punish all manner of vice, profaneness, and immorality, in all persons, of whatsoever degree or quality within this realm.”

I am certainly no William Wilberforce nor do I have the authority to issue a Royal Proclamation, but as a husband and father to two children who will be raised in an evolved digital age, I believe we need a reformation of manners.

A digital reformation of manners.

Amid an online culture of humiliation, disagreement, and endless opinion — there has to be a better way. Could a resurgence of manners be what our society needs?

A digital publication by Whiteboard helping you navigate the hidden tensions of our digital age. 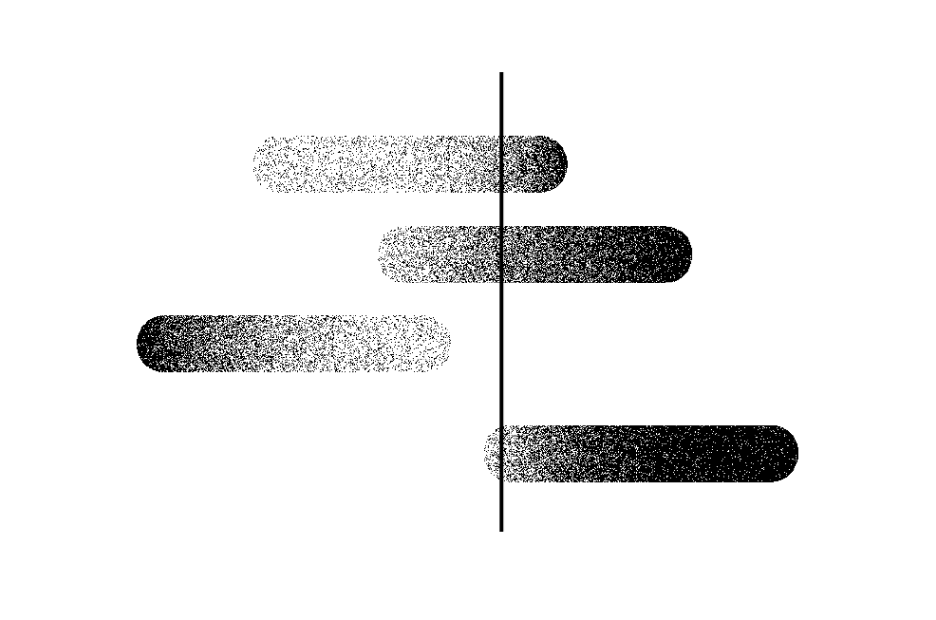 We must remember that the internet is not an end-all, it’s a medium. It’s a tool, not an identity.”

The old adage, 'sticks and stones may break my bones but words will never harm me' does not apply in the worlds of internet technology, where false, hurtful or humiliating comments can go viral and global in just seconds.”

There is strength in numbers and this is a brief overview of how cyberbullying influences culture.

There has been a 70% increase in the amount of bullying/hate speech among teens and children in the month since the Covid lockdown began. Digital Trends

44% of all internet users in the U.S. said they have experienced online harassment. Comscore

Two-thirds of tween victims of cyberbullying said that it had a negative impact on how they felt about themselves. Forbes

71% of young generations say they are concerned about cyberbullying. ReportLinker

Cyberbullying and netiquette are intrinsically at odds with one another. 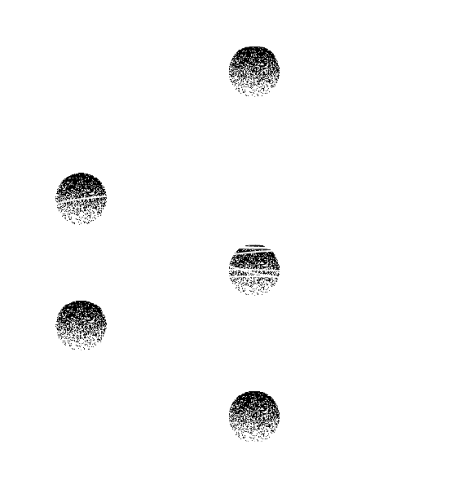 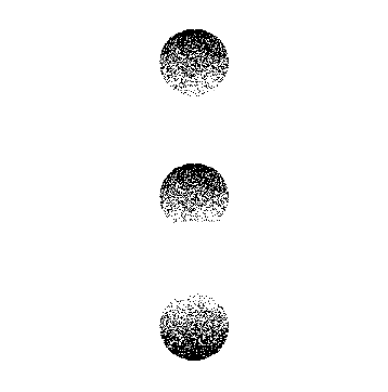 Without intention—words and actions posted online may result in something the internet will never forget and something you will forever regret.

How much cyberbullying you innocently witness online.

The worth of your comments.

With intention—netiquette offers us the invitation to prioritize kindness, courteousness, and empathy in how we treat one another online. Whether face-to-face or screen-to-screen endorse the principle of the Golden Rule, “Always do to others as you would wish them to do to you if you were in their place.”

Contribute with purpose, not noise.

“Unless and until our society recognizes cyberbullying for what it is, the suffering of thousands of silent victims will continue.” 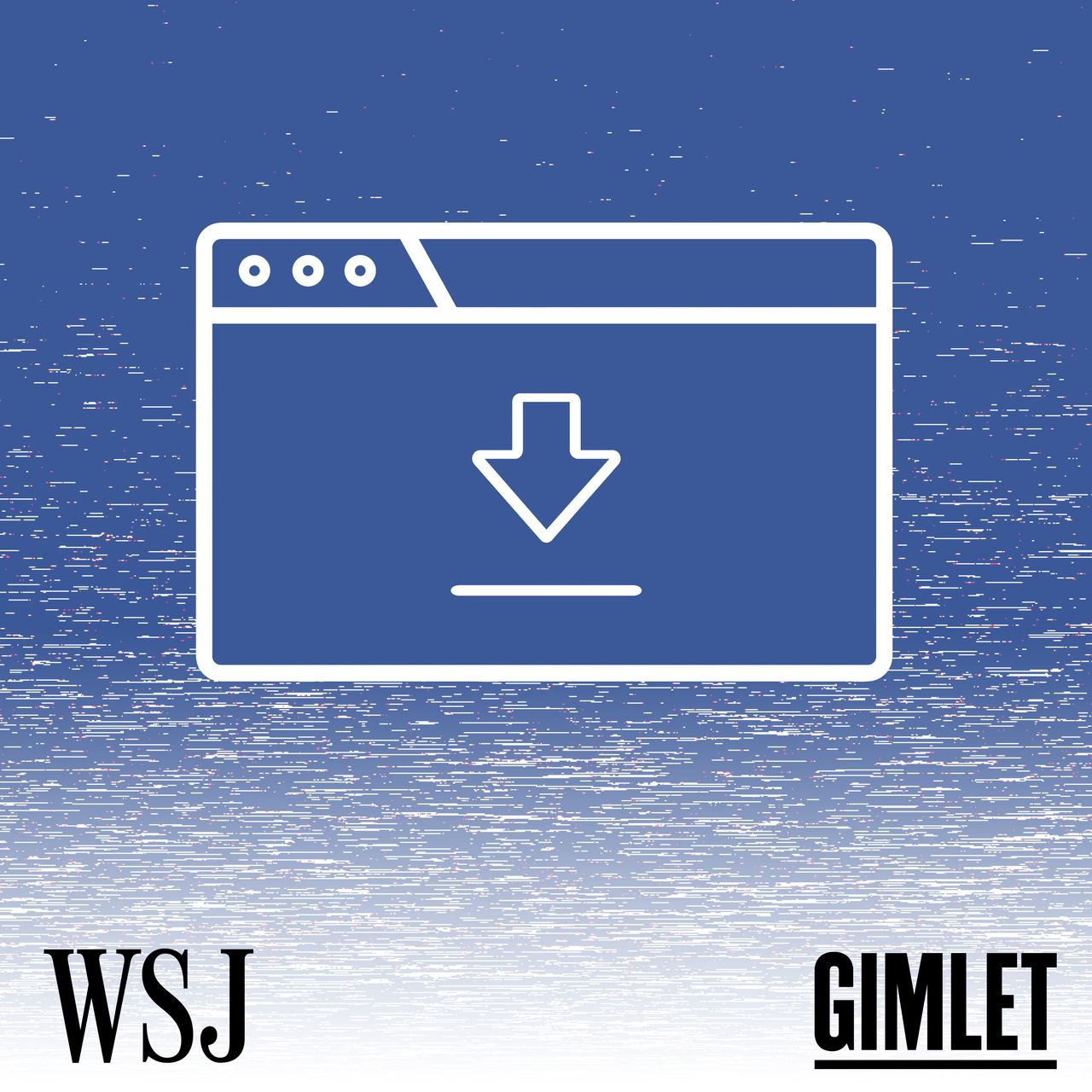 The Price of Shame

How to Safeguard Children Against Cyberbullying 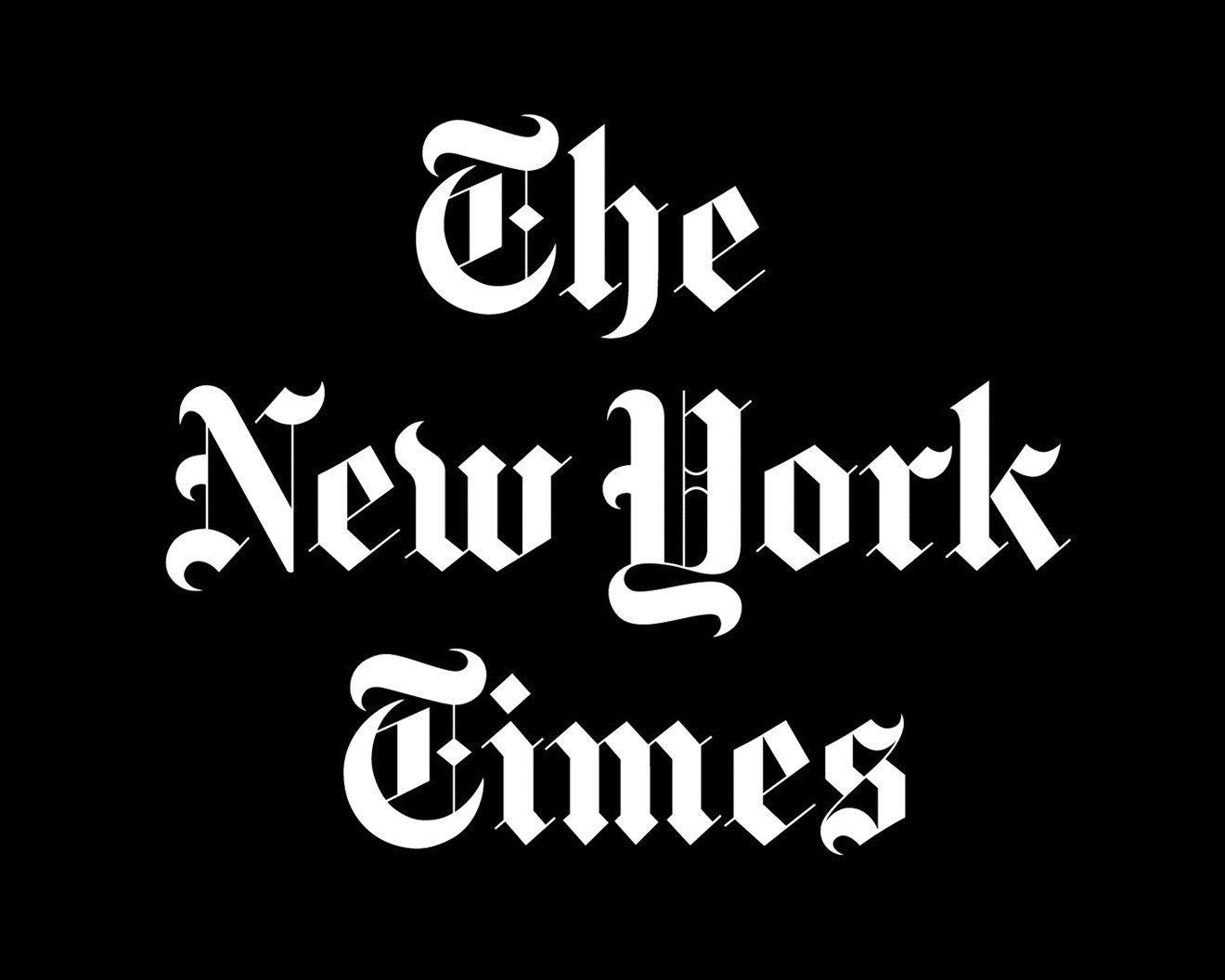 When an interaction is online or face-to-face, your legacy is determined by your example, not your opinion.

Simply said, good manners are behaviors that demonstrate respect and consideration for others.

I was raised on good manners. “Please” and “thank you” were non-negotiables in our home. My mother always made it known when I was rude, selfish, or inconsiderate. Courtesy and politeness were daily practices and for the past thirty-five years continue to be something I work on and now hope to pass on to my children.

Simply said, good manners are behaviors that demonstrate respect and consideration for others.
‍
They are about prioritizing other people above yourself.
The challenge with the internet is everything is about you. Ads follow you based on your interests. Anything you want can easily be found. Need directions? A gift for grandma? A way to share that your life is fantastic (or you at least want people to think it is)? The default nature of the internet makes us all more selfish. Everything is about what you think. The most popular social media platform in the world asks, “What’s on your mind?” A not-so-subtle invitation to broadcast your opinion of the world and its problems. It’s important to understand that social media presents a fragment of the truth, not the whole truth. It never portrays an accurate picture of real life (thanks, Instagram Husband).
‍
In the face of this, the question at the core of good manners—how do you treat others?—makes our cultural moment difficult to navigate.

The simple question is, how do you treat others online?
What do you like and what does it say about you? What kind of content are you retweeting? How many hearts are you pressing on Instagram? What kinds of comment threads are you participating in?
‍
How you act online reflects what you value and believe about the world. You and I might live in two worlds; a digital world and a real world, but in both worlds, there’s only one you.
‍
When an interaction is online or face-to-face, your legacy is determined by your example, not your opinion.
‍ 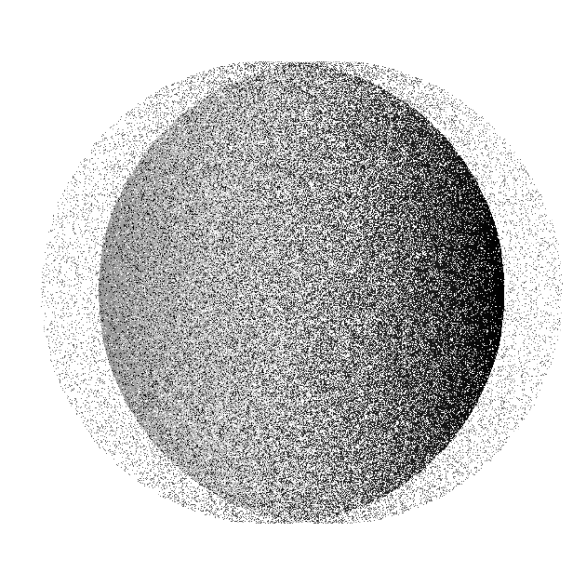 How you act online reflects what you value and believe about the world.” 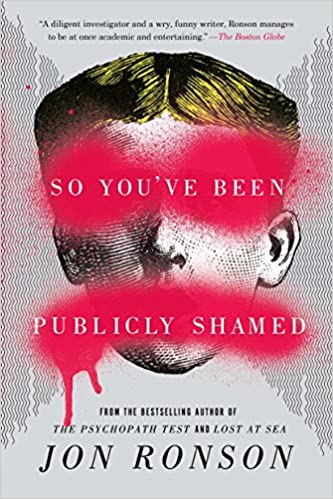 An eye-opening book by Jon Ronson who travelled the world meeting recipients of high-profile public shaming. The shamed are people like us - people who, say, made a joke on social media that came out badly, or made a mistake at work. Once their transgression is revealed, collective outrage circles with the force of a hurricane and the next thing they know they're being torn apart by an angry mob, jeered at, demonized, sometimes even fired from their job. 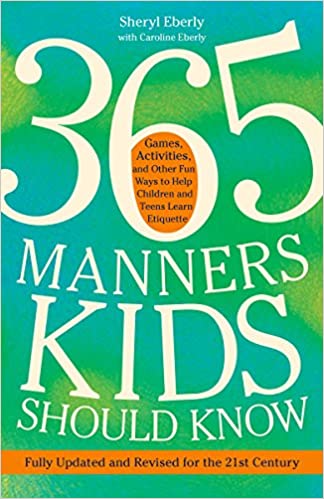 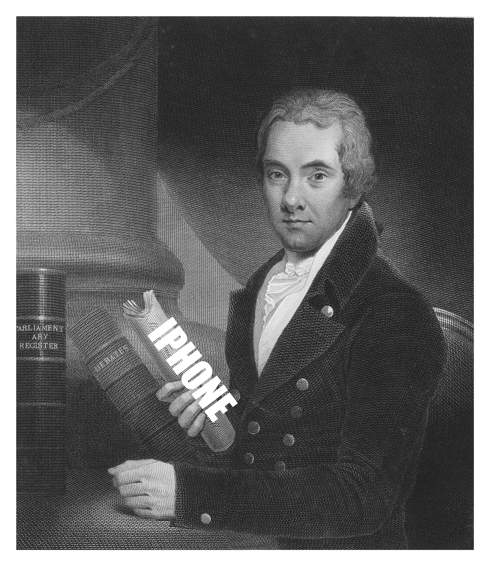 In 2017, I developed a Good Internet Manners chart purposed to help families and schools teach kids how to treat others online. Download the chart, print it out, and hang it on the wall to remind yourself and others what netiquette is. Share it with your family and friends. May it spark meaningful conversations and most importantly, real actions that transcend our digital world.

A publication helping you navigate the hidden tensions of our digital age.

Thank you! Your submission has been received!
Oops! Something went wrong while submitting the form.